Earth's Surface Processes
After seeing some of the slower processes that shape Earth's landscape over time, it is important to remember that some may be much faster process. Events such as landslides, volcanoes, tsunamis and earthquakes can change a landscape in the blink of an eye. 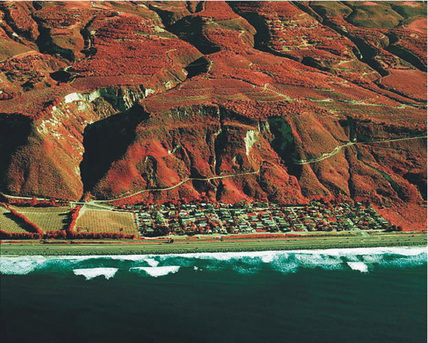 A landslide is when a mound of earth or rock slides down from the edge of a mountain or a cliff. While these slope failures can happen due to natural causes such as torrential rain or earthquakes, they can also be caused by human activity such as machinery blasting that weakens the ground. 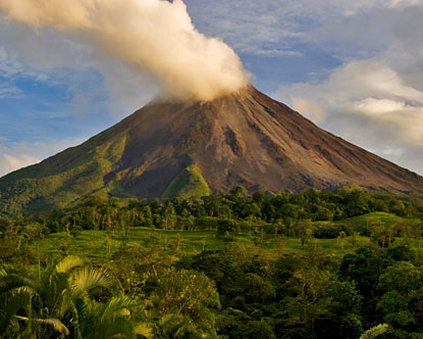 A volcano is defined as an opening in the Earth's crust which allows hot magma, volcanic gas or ash to escape. Not all volcanoes are explosive as commonly thought, but some certainly are. They all differ in structure as well, some are simply cracks in earth surface, while some are mountains, domes or shields. Once magma reaches the Earth's surface and flows it is termed lava and can be very detrimental to humanity. 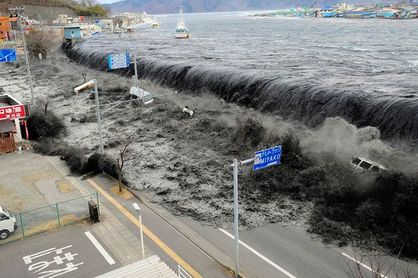 A tsunami is a single enormous wave, or a series of huge waves. Most tsunamis are caused by underground earthquakes or volcanoes occurring beneath the ocean. These events displace huge volumes of water at such a quick rate that the waves build to enormous heights. Tsunamis are nearly impossible to project or detect, and are therefore extremely dangerous. 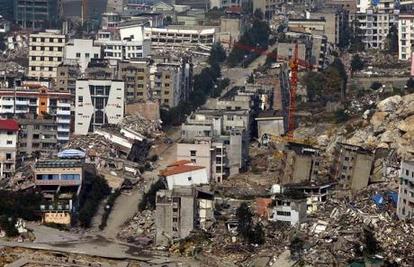 An earthquake is the shaking of the ground caused by the sudden breaking and movement of large sections of the Earth's rocky, outermost crust called tectonic plates. The edges of these plates are termed faults, and most earthquakes occur along these fault lines, as a result of plates sliding past one another or colliding.